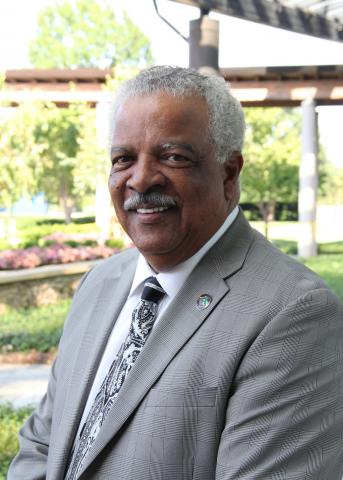 Described as barreling through life blind to failure, Bailus M. Tate Jr. worked his way up from shoveling coal in the basement of Kansas City Power and Light, retiring 33 years later as the utility giant’s vice president of human resources.

He was born in a military family, spending much of his childhood growing up on Army bases in the U.S. and Germany. He graduated from Central High School in 1964 and served three years in the Navy. While working at KCP&L he also continued his education, earning a bachelor’s degree from Park University and a master’s degree in Human Resources Management from Central Michigan University.

A trailblazer in the corporate world, he became a civic leader as well. Among his many roles, he served as board president of the Kansas City Board of Police Commissioners, the Metropolitan Kansas City Crime Commission, the Kansas City Port Authority, and Genesis School.

He was co-chair of the Local Investment Commission (LINC), treasurer of the Kansas City Police Pension Board, and a member of the Family and Community Trust board.