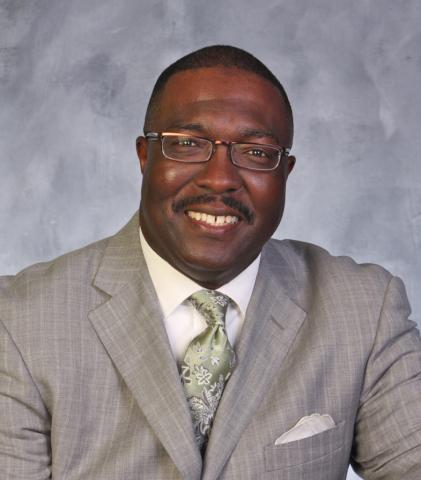 When I started at the Negro Leagues Baseball Museum as a volunteer 27 years ago, I considered myself very much a baseball fan. But I would quickly discover that the four decades of baseball history the museum preserves and conveys — the four decades of American history it represents — was a chapter that I really did not know very much about.

I had no idea of the scope and magnitude of the history, both on and off the field, that the Negro Leagues represented. I fell in love with the athletes. I was awed by the power of their stories and their compassionate spirit. I was inspired, and remain so today, by how they spoke to our city and our country through experience and example. Their relevance is as enduring as that of the many other Black leaders and trailblazers on these pages.

What makes the story of the Negro Leagues so compelling, so inspirational, is the mindset of its players, coaches, and owners, which was, simply: Okay, you won’t let me play with you, I’ll just create a league of my own. If you think about it, that is the American way. While our country was trying to prevent them from sharing in the joys of the national pastime, the American spirit allowed them to persevere and prevail. That triumphant nature of their story is what grabs the minds, the hearts, and the imaginations of those who come to see us at the museum.

Many young visitors, based on their experiences, are quick to downplay history. They are quick to say: Well, that was then and this is now. But all of a sudden, “now” starts to look a lot like “then,” particularly as it relates to race relations and centuries-old inequities in our country.

What the Negro Leagues Baseball Museum does so beautifully is bridge that racial gap; it creates the wherewithal that visitors, and young people in particular, may draw from so they can understand the commonality we all share. I don’t want the only images of me to be those that reflect Black people’s experience of being downtrodden in this country — being sprayed with fire hoses, dogs being released on us, or the police brutality that manifests itself to this day. Our success stories are equally important, and they unite us. They help us understand that we Americans have far more in common than we do differences.

It strikes me as something wonderful, that a baseball league that was born of segregation became a driving force for social change in this country; that a league born of exclusion would become one of this country’s most inclusive entities. The Negro Leagues didn’t care what color you were, and it didn’t care what gender you were. What it cared about was: Could you play? Do you have something to offer? It opened its doors to players of all colors, and it opened its doors to women as players, as leaders, as executives. It was far ahead of society. As Buck O’Neil so eloquently said, the players of the Negro Leagues built the bridge that others crossed over.

We tend to celebrate the people who do the crossing over. But at the Negro Leagues Baseball Museum, and in this important publication, we tip our cap to all who’ve built bridges.