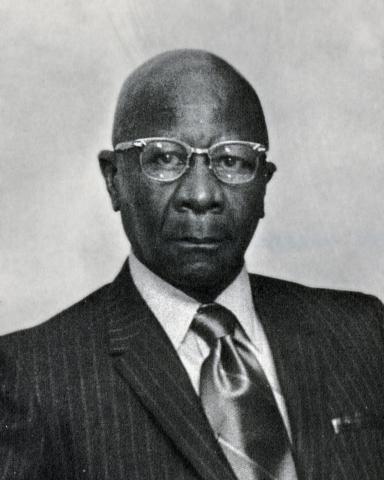 Henry Warren Sewing founded the Douglass State Bank, the first bank owned and operated by African Americans in the Midwest. Sewing was born to sharecropper parents in Bremond, Texas, in 1891, graduated from Tillotson College in 1915, and taught at an elementary school in Austin. After military service in World War I, he came to Kansas City and found work in the meatpacking and railroad industries before becoming an instructor at Western University in Quindaro, Kansas.

Described as farsighted and determined, Sewing began a decades-long career in the insurance industry in 1922 as an immediately successful salesman for the Standard Life Insurance Company of Atlanta, Georgia. Prosperous years followed as the president and founder of his own Sentinel Loan and Investment Company. In 1947, he opened the Douglass State Bank at 1314 N. 5th Street, Kansas City, Kansas, to great ceremony. A motorized parade began at the segregated Lincoln High School in Kansas City, Missouri, and ended at Sumner High School, its Kansas counterpart. One dedication speaker remarked, “Douglass State is a continuation of the things Frederick Douglass fought for.” This so-called “Negro bank,” the product of Henry Sewing’s vision, provided home mortgages and small business loans, and brought economic development to its community until it closed in 1983.