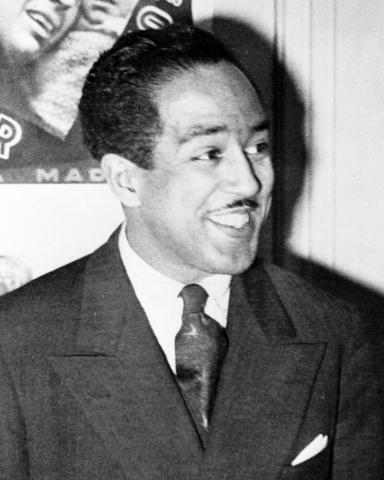 A leader of the Harlem Renaissance, James Mercer Langston Hughes was a writer and social activist who developed a new literary art form called jazz poetry.

Hughes was born in Joplin, Missouri. After the breakup of his parents’ marriage, young Langston was raised by his grandmother in Lawrence, Kansas. An unhappy, lonely child, he became obsessed with books, “where if people suffered, they suffered in beautiful language, not in monosyllables, as we did in Kansas.”

He began writing poetry in high school and attended Columbia University for one year. Though earning good grades, he dropped out because of racial prejudice and his growing interest in the nearby Black neighborhood of Harlem. He would live and work there for most of his life.

Through his writing Hughes embraced and depicted the real lives of working class African Americans and their struggles in modern America. He published 16 collections of poetry, a dozen plays, eight books for children, and 11 novels and collections of short stories. His two volumes of autobiography were titled “The Big Sea” and “I Wonder as I Wander.”