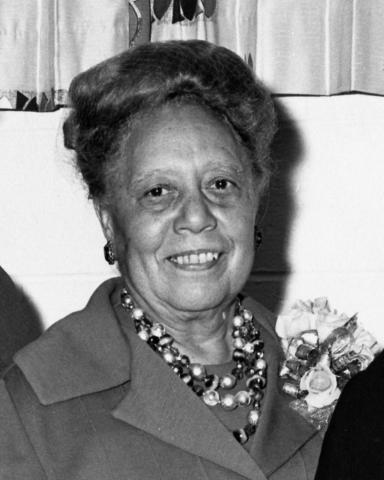 As the founder and operator of Mrs. Meek’s Mortuary — recognizable for its pink limousines and building facade — Fannie L. Meek was a trailblazer, one of the few women of her time to go into the funeral business.

Born in Georgia, Meek studied botany at Tuskegee Institute in Alabama under George Washington Carver, graduating in 1917. She was first an educator but found herself drawn to mortuary services after moving to Kansas City with her husband, Edward, in 1923. She studied at the Williams School of Embalming and Mortuary Science, opened her funeral home in 1937, and became a community pillar.

Meek served as a director of Wheatley-Provident Hospital, member of the board of governors of the Kansas City Urban League, and trustee of the Jamison CME Temple. From 1960 to 1972, she sponsored an integrated American Legion Junior Baseball League team, the Sparklers, in an attempt to integrate competition and increase young Black players’ odds of being seen by professional scouts. Also a member of the Second Ward Republican Club and Fifth Congressional District Federation of Women, Meek was elected to the Missouri State Republican Committee in 1967. She retired in 1973 and died in 1979 at age 81.