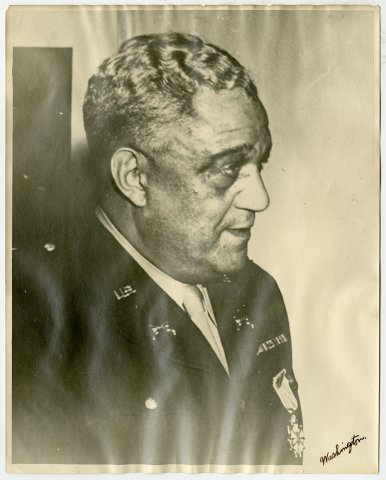 Realizing that Black drivers were as swept up as anyone in the automobile craze of the 1920s, Homer B. Roberts became one of the first nation’s first African American car dealers.

Born in Ash Grove, Missouri, and raised in Wellington, Kansas, Roberts attended the Tuskegee Institute and studied electrical engineering at Kansas City Agricultural College -- now Kansas State University. He had relocated to Kansas City by the time the U.S. entered World War I. Answering his country’s call, he enlisted and recruited 30 others to join him. The Army made use of Roberts’ electrical experience, making him the first Black commissioned officer, a first lieutenant, in its Signal Corps. His battalion installed communication lines and fought in battles along the Western Front.

After the war, Roberts noticed the sharp rise in car sales across the nation and decided to enter the business. He purchased a building at 19th and Vine streets, in the heart of the city’s Black community, in 1923. The Roberts Building housed a restaurant, shops, offices, a garage, and his dealership, the Roberts Motor-Mart. In addition to automotive sales, Roberts dabbled in entertainment, investing in motion picture and live entertainment theatres. By 1928, he had sold over $2 million worth of automobiles, mostly to Black drivers.

With hopes of expanding his business, he relocated to Chicago in 1929. But the outbreak of World War II sent him back into military service. Now an Army major, Roberts headed up the Black interest division of the Pentagon’s public relations department. Traveling to Europe, Africa, and extensively across the U.S., he promoted the contributions of Black soldiers and communities to the war effort. In 1945, in recognition of his service to the armed forces, Roberts was awarded the Legion of Merit. After the war, he accepted a management position with Associated Publishers, a company founded by historian, author, and journalist Carter G. Woodson to promote and publish works of Black history and scholarship.