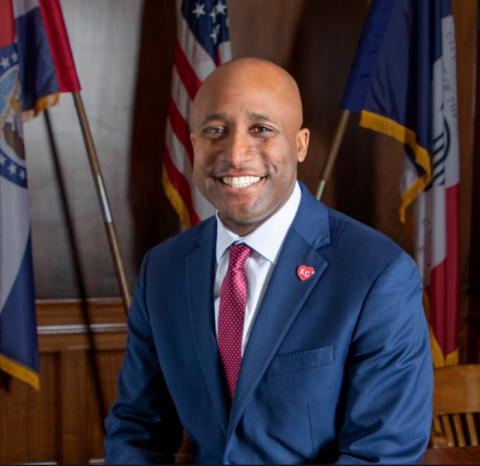 When I got my first library card in 1993, I did not yet know that one day a Black man would be the president of the United States of America — or that I would grow up to become the mayor of the city I grew up in. But in those days, I wasn’t concerned with politics. I was just looking for a sanctuary, something to do, somewhere to go. Books, especially history books, gave a young kid like me a source of purpose and power I had never known before. There were all kinds of people doing things I could have never imagined, including people who looked like me — Martin Luther King Jr., Nelson Mandela, and even Kansas City Mayor Emanuel Cleaver II.

For most of my life, I felt that the moment in which they lived, the nationwide movements they started, and even the problems they faced felt distant. The world in which I lived in 1993 did not resemble theirs, in the sense that I lived in a better world due to profound institutional changes as a result of their work — on my behalf. I went to a desegregated school. I drank from the same water fountain as my white peers. Both the Civil War and the Civil Rights Movement were moments of great reckoning for racial justice, called forth by brave women and men — who had more to lose than anyone, who fought and suffered great losses — just so they could pass on a nation that looks different… and better than the one they were born into.

These trailblazers not only left behind a changed nation but also an important responsibility. This year, with a global pandemic and worldwide protests in response to the unjust murder of George Floyd, we are once again being challenged to step up. There will always be new problems to face and old cracks we have not yet had a chance to fill. We are constantly creating history. In these moments of uncertainty, it’s helpful to remember the past and the bold and brave actions that carried us to this point.

This book shares the stories of incredible people that once shared this city and this nation with us. Each and every day, I enter City Hall as the third-ever Black mayor of Kansas City — knowing that I would not be where I am without people like Roy Wilkins, who is a recognized giant of the Civil Rights Movement and started out as a member of The Kansas City Call. I hear distant jazz outside my window from 18th and Vine Street and thank Charlie “Bird” Parker, William “Count” Basie, and Mary Lou Williams, who once graced these same streets.

I know this collection will make its way to schools, libraries, and historical societies throughout our community. It’s possible that a little boy or girl with a new library card will stumble across it and realize that so many people, across so many decades, worked together to build the community they live in. Maybe they’ll realize that, someday, they can also carry on this continuous work of building a better country. I know they will.